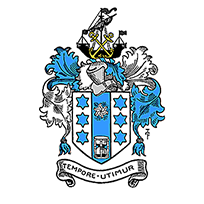 As Covid restrictions started lifting earlier this year, many Lodges could finally resume not only their regular activities, but also their special celebrations. This was the case for Assembly Lodge No 4357, which wanted to mark its centenary. There was a certain amount of luck as the Lodge's centenary fell in January 2022 rather than in the middle of a hard lockdown. But, above all, there had been a large amount of planning to organise the event. After twelve months of preparation, the day finally arrived and, on Saturday 15th January 2022, all those efforts culminated in an excellent and well attended afternoon of celebrations.

Attending Brethren witnessed an excellent meeting where MetAGChaplain, W Bro Kumar Acharya LGR, gave an outstanding and memorable oration. The Deputy Metropolitan Grand Master, RW Bro Christopher Hayward PJGW, presented the Lodge with their Centenary Warrant, and had the great pleasure of pinning the Lodge's centenary breast jewel on the Worshipful Master, W Bro Brian Williams, who had previously presided as Worshipful Master some 50 years ago, when the Lodge celebrated its 50th installation meeting!

Congratulations to all the members on this special occasion, and especially to the team tasked with organising the event. The day ended with a splendid white table festive board accompanied by various entertainments. All in all, 88 members, partners and guests joined in the celebrations. The photos speak for themselves of the wonderful evening had by everybody.

In the own words of the Lodge's secretary, W Bro Alan Williams: 'I would like to thank all those who attended this special event of Assembly Lodge Centenary celebrations, and what a great occasion it was! My additional thanks go to my fellow Brethren of the Assembly Sub-Committee, namely W Bro David Green, W Bro Brian Williams and W Bro Duncan McGhee, for all of their unstinting work, support and many hours that they gave with planning this. Thank You!'

To which W Bro Mick Forsdick, SVO for the Lodge, added: 'It was truly a fantastic afternoon and evening. As their SVO, I attended with my wife and with over 54 in attendance at the meeting and many more at the white table, it was a truly memorable event. Well done Assembly on a well-organised event and a superb centenary history publication, given to all who attended. They have some left over, so if you want one, I am sure they can oblige for a donation to charity. They donated £3,000 to three charities on the night too.'

The Lodge indeed donated £1,000 each to three charities that had supported in their 100th anniversaries: the London Freemasons Charity fire brigade appeal, Kidney Cancer UK and the Motor Neurone Disease Association.

As Bro Mick mentions, each attendee received a superb booklet detailing the 100 years history of the Lodge. The booklet was developed by the Lodge's own historian, W Bro Duncan McGhee LGR, who has kindly created a short summary for Arena – see below.

– The history of Assembly Lodge No 4357 started with an application for a warrant, supported by our mother Lodge, Polytechnic Lodge No 2847.

– The initiation fee in 1922 was 15 guineas, equivalent to about three weeks' average wages for a manager.

– Our lovely Lodge banner bought in 1927 at the cost of 15 guineas was left behind when the Lodge moved from the Café Royal and was later found in a skip in the 1980s before being handed into Grand Lodge.

– The Lodge didn't appoint a Chaplain until March 1926 when The Rev William Clemens was raised to the sublime degree of Master Mason, an office he held for the next 22 years.

– Roland Fox was the BBC's Political Correspondent throughout the 1950s and one of the original reporters of the BBC radio broadcasts 'From our Correspondent', which has run since 1955 and is currently broadcast on BBC Radio 4.

– Finally, Bill Ramsey, who was Metropolitan Police Commander and Roy Habershon, who was Commander of the Bomb Squad.